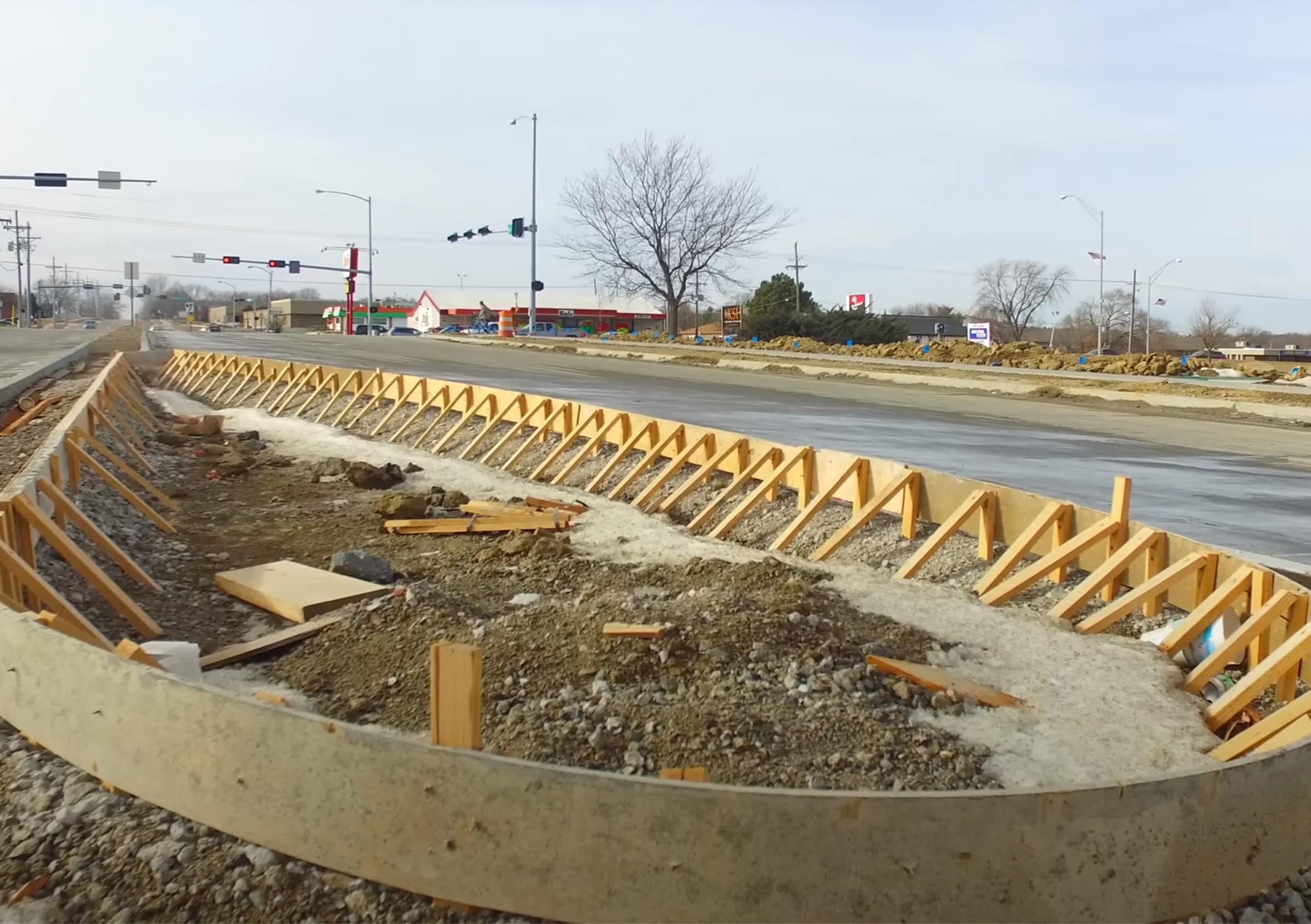 The City is constructing public infrastructure improvements in the redevelopment area to ensure, among other things, public access, improved street layout, public parking and roadway improvements including landscaping, new sidewalks and crosswalks and other amenities to enhance the appearance and pedestrian environment of the 84th Street corridor.

There are substantial public benefits to be realized by the City and its residents from the proposed redevelopment of the 84th Street corridor, including: elimination of substandard and blighted conditions, new construction, permanent jobs, and the availability of dining, shopping and entertainment in the heart of the City.

Funding sources include the additional half-cent sales tax residents passed in 2014 that has to be used for 84th Street public improvements as well as tax-increment financing. 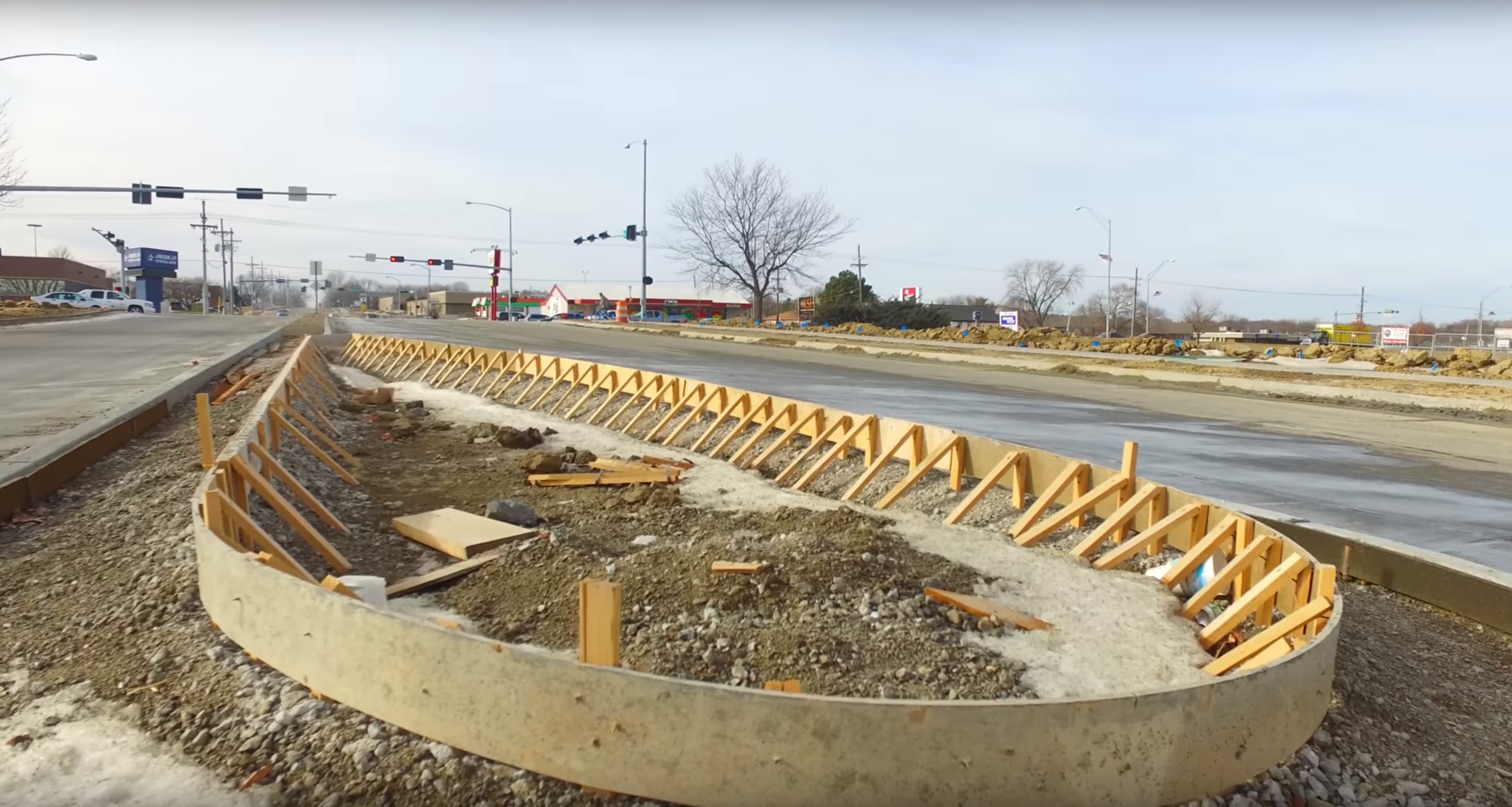 Public infrastructure improvements were completed in two phases. The first phase was the construction of Main Street from 84th Street east to the east side of the new First National Bank building. There was also reconstruction of 83rd Avenue from Main Street south to the south edge of the City Centre development. Construction included sanitary sewers, storm sewers and paving. Construction of the first phase was substantially complete in December 2017 and the street is open to traffic. Minor storm sewer connects were completed in January 2018.

The second phase is complete and included infrastructure construction of the remainder of the City Centre development, including the intersections of Barmettler Drive (formerly Cottonwood Avenue) and City Centre Drive.

The remaining portion of 83rd Avenue, south of the City Centre development, is a private street owned by a developer. The City does not have authority to improve the private roadway at this time. 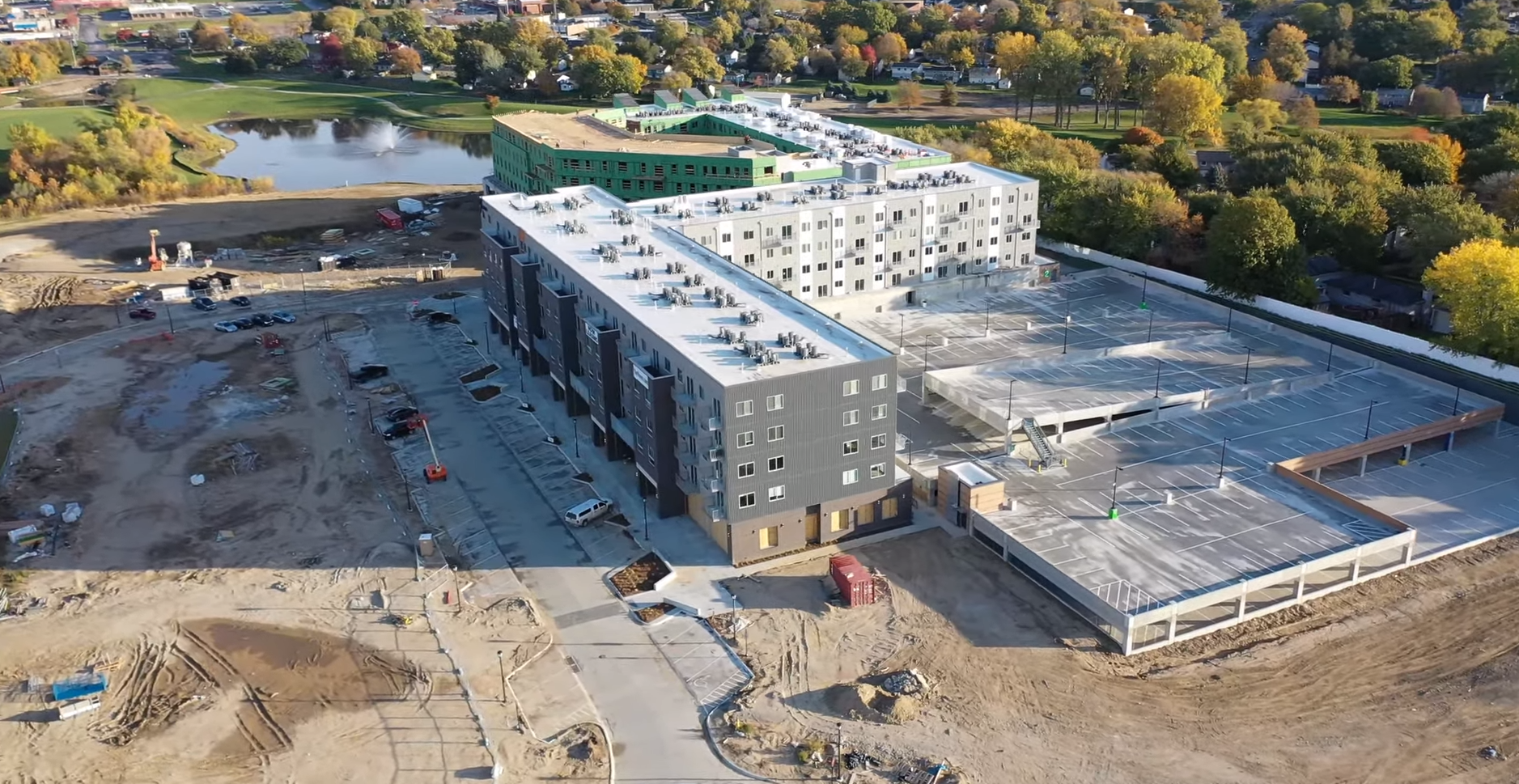 To accommodate increased activity along the 84th Street corridor, a parking garage with a total of 459 parking spots and one elevated level has been constructed on the east side of City Centre.

A surface parking lot has been constructed on the southwest corner of the development to serve the new bank and businesses in the area.

Improvements are being considered at the 84th Street and Park View Boulevard location although the scope of the improvements is unknown at this time. The proposed improvements will complement the proposed streetscape and Central Park improvements that are currently in various stages of design and construction.

*Timeline is subject to change.